Gareth Neal established his practice in 2006 and has since become internationally recognised at the forefront of British Furniture Design. He is known as a progressive thinker, combining the latest high-end digital fabrication with traditional craft techniques. His conceptually rigorous, environmentally conscious and beautifully crafted work has fostered collaborations with the likes of Zaha Hadid Architects or Victoria and Albert Museum. 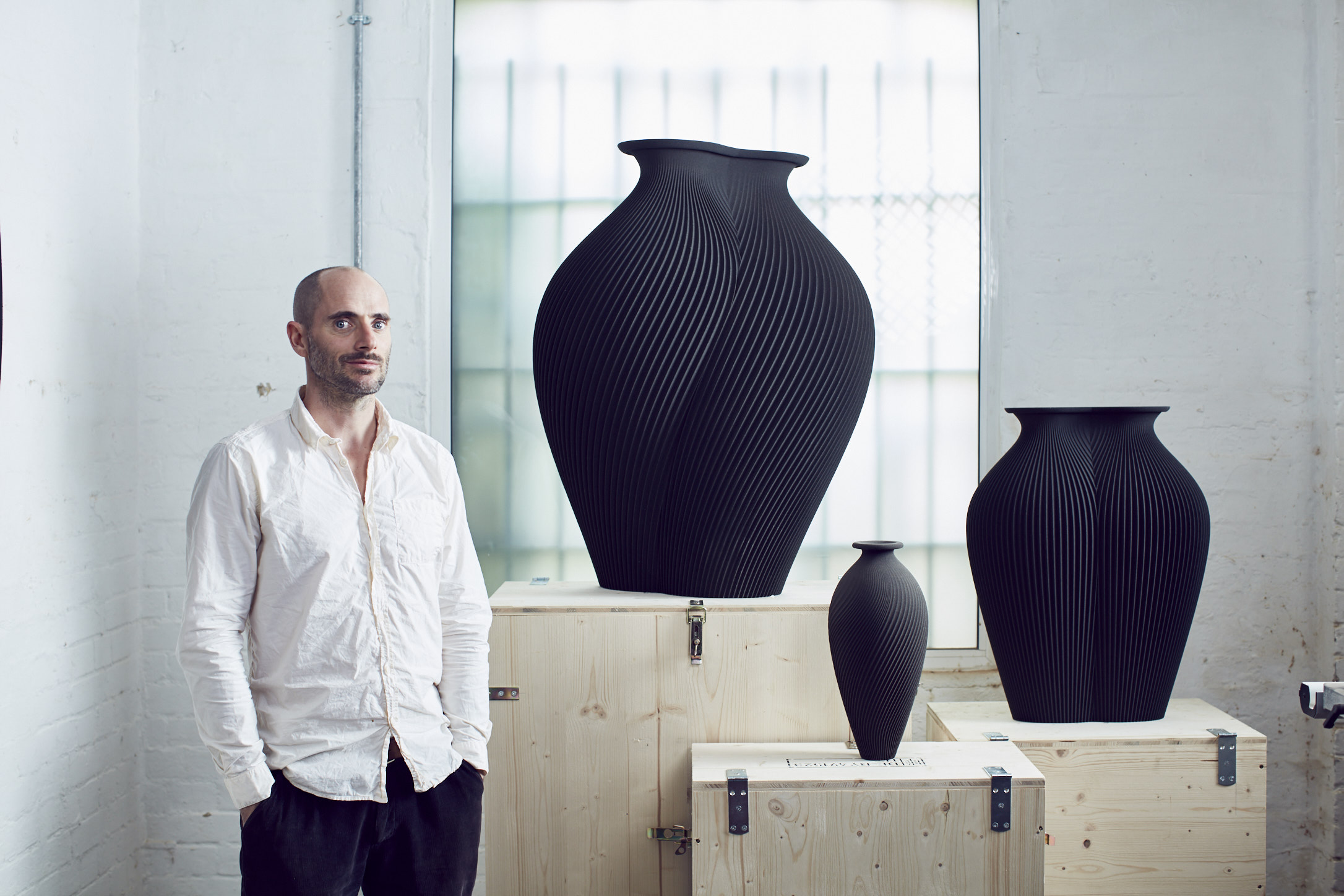 Tell us about your work and practice.

I’ve always been interested in making stuff. Ever since I was a child I wanted to make things,

and there was a natural enquiry to woodwork processes. My dad was an archeologist, so he had an interest in history and Rome and the world of Romans in the UK, so I spent a lot of my childhood looking back into history, and I think I’ve taken a little bit of that interest in regards to history in my work. I was trying to be modern for many years, and when I attempted to be modern, the objects I made were not modern. And when I just stopped trying to be modern, the things that I made became contemporary, and modern through not even trying. Reflecting upon historical visual references, but also techniques within the work, started to become the kind of footprint or the DNA of what I do. There’s either a reference to a place where a process was traditionally used, some sort of heritage, or the people that used to do that. The majority of my work adheres to some of those principles, and has generally an environmental footprint as well.

What are the main challenges in your work?

Finding people to work with and finding a place, a destination for the project, are the main challenges. I like there to be a destination, an end result, a showcase - a place where we can expose the work, and talk about the work, and sell the work. If there isn’t that element connected to my creativity, then I feel I’m just working in isolation, and I don’t see the point. Whatever the project has, it has to have that element of making it to market, so that  it has a future, it is progressive and it can continue, even after our energy has been put into making or designing something. I find that the most tricky thing, because there aren’t that many organisations supporting this sort of work.

Also, I do furniture, and selling furniture is notoriously hard. I think people in the UK are wedded to their antiquities. We inherit our mum and dad’s and our grandmother’s pieces of furniture and there’s so much history in the UK, and we really respect history, so we tend not to throw them away. Unless we’re doing a brand new build or a modern extension, people aren’t that bothered about modern furniture - but they are becoming more so.

Plus the finances of handmade are another challenge. The price of labour and the way a mass-production object will undervalue a handmade object are another massive hurdle to overcome. The price point makes it very hard for someone to look at a chair and say that it actually is 2000 pounds worth of labour, because it has not been made in mass production, under cheaper, overseas labour. If we’re just talking UK manufacturing, then the price points get really expensive. People find that very hard, when you can go and buy a classic Charles Eames chair for 350 pounds; you can buy yourself a design classic for 350 pounds, but that is a mass produced chair, so the price is a lot cheaper.

How do you think international collaboration will impact your work?

I see international collaboration as rich streams of creativity and untapped resources, expanding my palate of knowledge in terms of processes. The richness that can come from someone knowing a skill that I had no knowledge about, and me and them applying our best qualities to something.

I can elevate the status of my work by working with somebody who’s been doing a traditional process their whole lifetime, yet perhaps doesn’t have the experience to reinvent it or has been doing the same thing for so long that they have a tunnel vision on where and how it can be applied. And my outlook is the opposite. There’s so much opportunity to think around how and where or who it could be attractive to.

There’s only so many things here, and I’ve had a crack at them. I now need to look further afield. It will be exciting to really have a delve into what’s out there and what’s available and what’s still going and what there’s still a passion for, and what symbolizes a country, or a nation, or an area, and how to reappropriate that, to flag it up and get people excited about it, and attract people to visit and see and learn.

But a product should also just stand on its own, whether or not it’s got anything to do with Romania, or the UK, or me, it should just look good. I think people often forget that - you just have to make sure someone likes it. The story is important, but it’s not the most important - it’s someone’s first reaction when they look at it. If you get a good reaction, then you can go further and tell them more and get them interested. 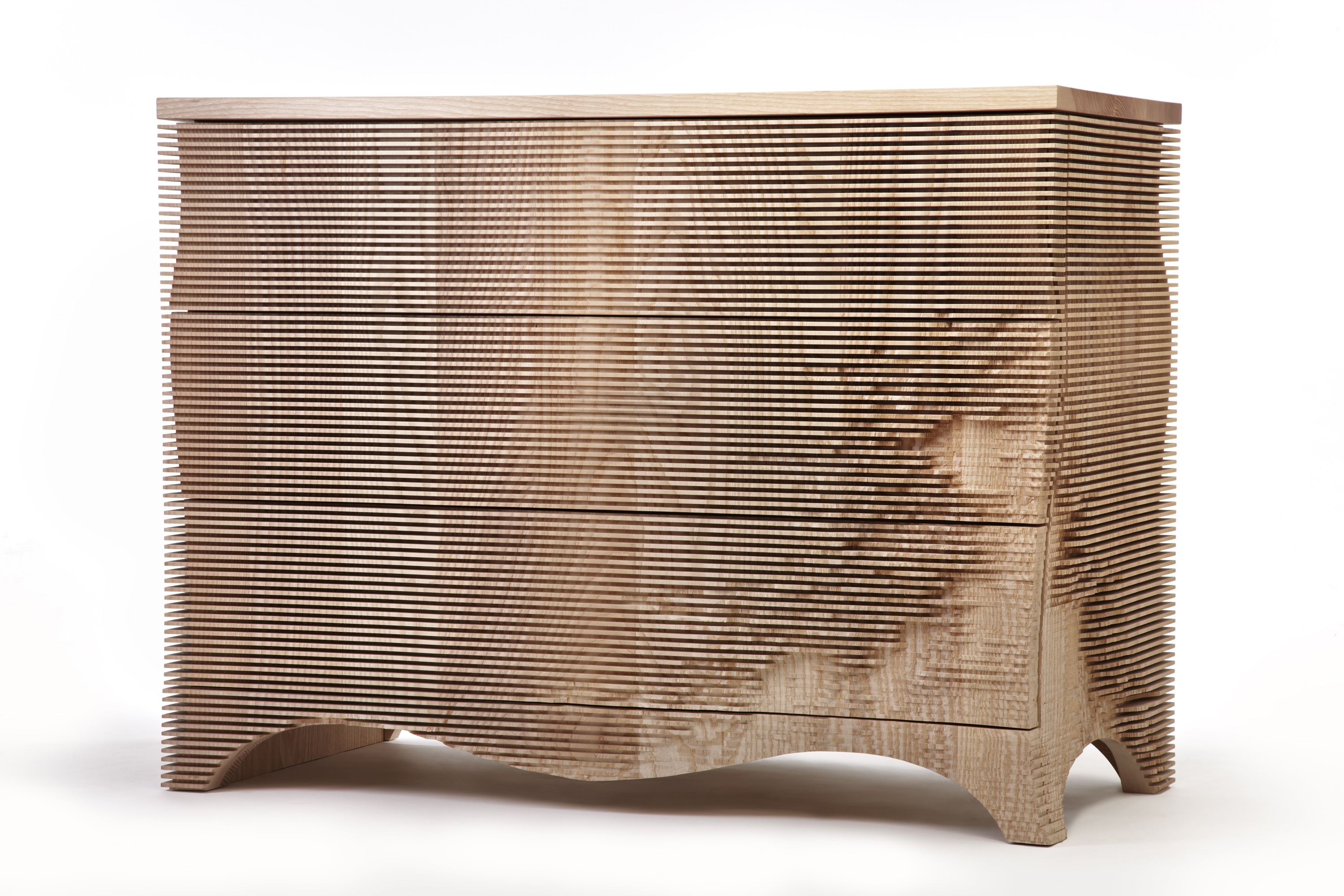 Have you learned anything surprising about Romanian craft?

I’m more aware, for now. I’m more aware how there’s a passion for the subject, almost to quite a religious level, in a sense, in that it’s very precious. I’m also aware of the dialogue, and the intellectual debate that goes on around it - it is really fierce. I’m still piecing things together and trying to break through.

How do you see the future of craft and your work in a post Covid-19 world?

The travel element is really interesting. If we are forced to travel less, we end up focusing more and more on our own countries, and that’s not so good in a way, because you want to be more expansive. My fear is that countries across Europe might introvert into themselves again.

For me, I will just carry on doing what I do like I always have, trying to survive and be as creative as I can while surviving. But the current context is definitely having its impact. I think the idea of selling furniture online and through digital realms is really problematic. It is difficult to evaluate textures, touch, an object’s quality digitally. And if this Covid world has pushed everyone into a digital realm and buying online, then I think that is going to be really tricky for us, because it’s difficult to stand out amongst mass-produced objects or badly made objects. It all becomes about your online presence, your Instagram profile, your digital profile.

It’s going to be hard, until we can go to exhibitions again and actually see the work and make comparisons, we’re going to see very narrow snapshots of things and not be able to look at things more broadly. You want to be able to go to Milan Furniture Fair, to Holland, to Scandinavia, to London, to New York to see the broader picture. If we’re trying to do it off our phones, then I think it’s going to be really difficult. There are amazing artists that don’t have any digital presence. I know amazing craftspeople with successful careers in the 60s and 70s, who don’t have any digital presence, whose work is outstanding.

What advice would you give other craft practitioners?

Just be open, really. I can only talk from my own mistakes. When I started I was quite dogmatic and not so expansive or open, and I think you really have to get out there and turn over every stone and try to do something original, unique. It’s not about copying somebody else’s approach, it’s about creating your own approach.

Crafting Futures is a global British Council programme building a positive future by unlocking craft’s unique potential to inspire people around the globe. The programme celebrates the value of craft in our history, culture and world today.

Through making and international collaboration, Crafting Futures brings together craft practitioners, designers and organisations from around the world to explore possibilities for this future together.

Launched in Romania in 2020, Crafting Futures brings together six craft professionals from the United Kingdom and organisations, designers, artists and craftivists in Romania, aiming to support the development of shared learning and traditional, sustainable craft and design practice.